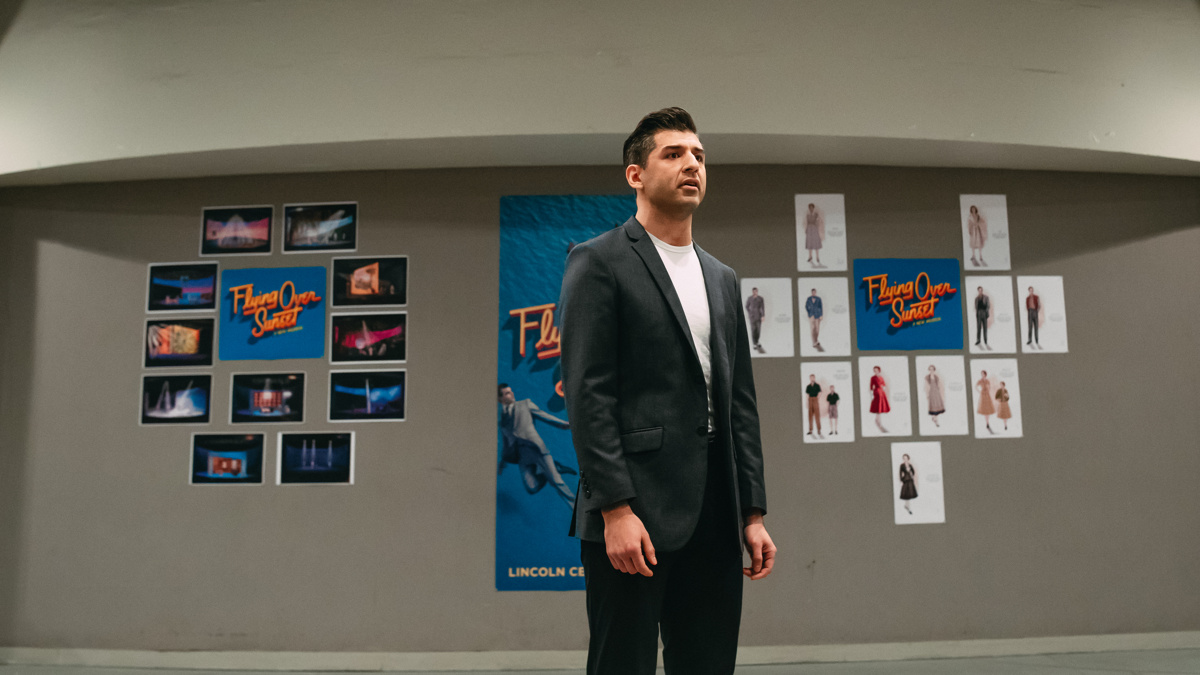 The newest episode of Broadway Profiles features an interview with Tony Yazbeck, who will take on the role of movie star Cary Grant in Flying Over Sunset. The new musical, written and directed by James Lapine with music by Tom Kitt and lyrics by Michael Korie, is cleared for landing at Lincoln Center’s Vivian Beaumont Theatre beginning on November 11. “Tickets are on sale right now for the show,” Yazbeck told Broadway.com correspondent Charlie Cooper. “I can’t believe I’ve just said that.”

The Broadway shutdown happened on March 12, 2020, the same day Flying Over Sunset had originally scheduled its first preview. “We were having a blast. It was what we were all born to do,” Yazbeck said. “I was working with this amazing cast, and we were just playing on stage. We were starting to change things and fix things and make it even better than it was. Now, we get to go back and put the show on in front of a live audience for the first time. That’s going to be thrilling.”

Yazbeck also spoke about working with his Lapine on the new musical. “Sunday in the Park with George [which Lapine wrote with Stephen Sondheim] has always been my favorite show and has changed my life so many times at different points in my life. I’ve always wanted to work with the guy,” he said. “To be able to go one on one and collaborate has been a dream.”

Watch the interview below, and head here to check your local listings for Broadway Profiles. Hosted by Emmy-winning anchor Tamsen Fadal and powered by Broadway.com, it is the only nationally syndicated weekly theater news program.