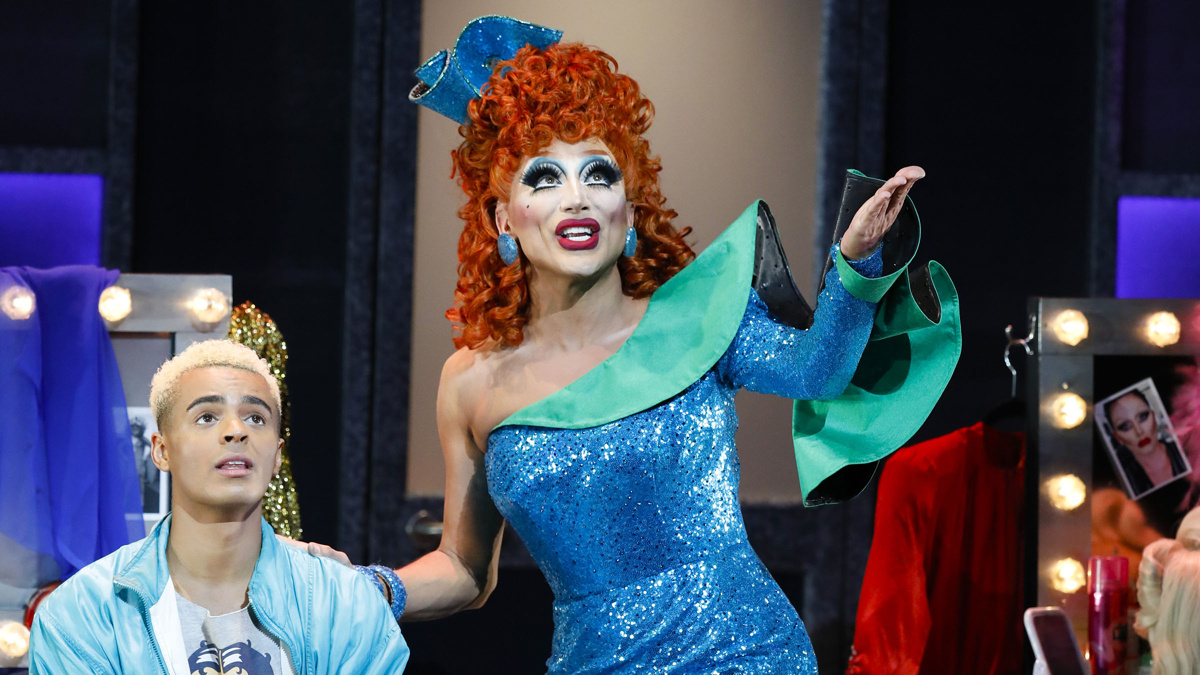 After making a splash in the West End, the Olivier-nominated musical Everybody’s Talking About Jamie is getting its American premiere at Los Angeles’ Ahmanson Theatre through February 20. Roy Haylock, who is known as Bianca Del Rio, winner of RuPaul’s Drag Race season six, is taking his drag talents to the stage in the dual roles of Hugo Battersby and Loco Chanelle. Broadway.com Editor-in-Chief Paul Wontorek caught up with the performer on The Broadway Show to talk about the musical, getting a start in theater and dream roles.

“I did the costumes. I did the sets. I was doing everything but directing—but I was directing in my own mind. That’s where it started, high school,” Del Rio said. “Please sign me up any day [to perform on Broadway]. Sign me up!” Wontorek gave Del Rio pairs of Broadway roles for to chose from. Her picks—and hilarious commentary—below!

Mame Dennis in Mame or Velma Kelly in Chicago: “I’d have to be Mame. I’m no Chita Rivera, and I can’t kick that high!”

Miss Hannigan in Annie or Mrs. Lovett in Sweeney Todd: “I would say Hannigan, only because I could be mean to children.”

Eva Perón in Evita or Rose in Gypsy: “Mother that’s pushing her children to the front? Yeah, I would.”

Grizabella in Cats or Ursula in The Little Mermaid: “I’m allergic to cats. The animal, not the production.”

Norma Desmond in Sunset Boulevard or Dolly Levi in Hello, Dolly!: “I can honestly say that I am a woman who wears a little too much makeup, is in denial and does roam around my house in a turban. I’m a shoo-in!”