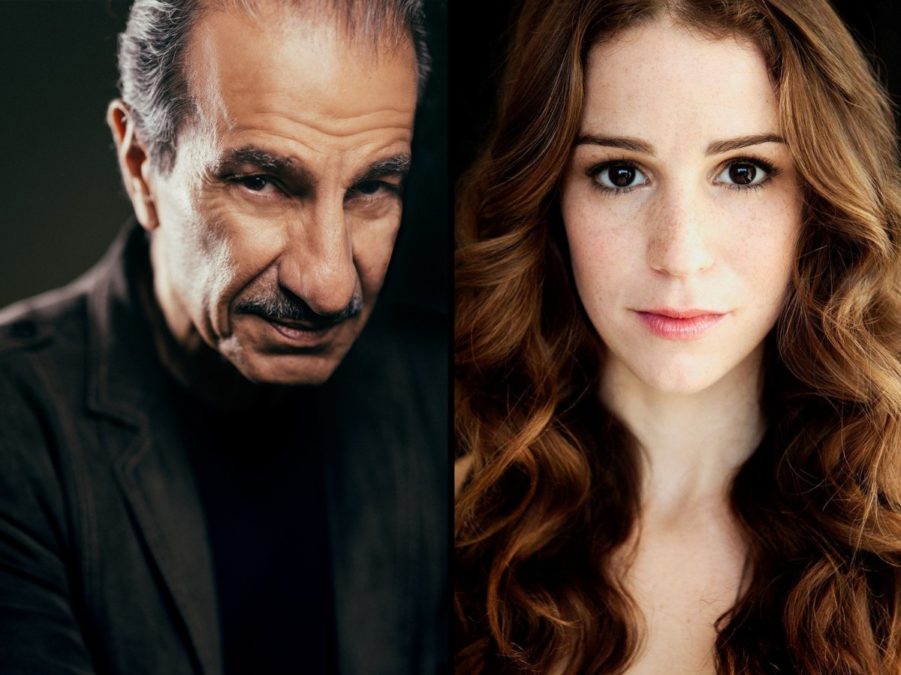 And they floated in on a jasmine wind! Award-winning Israeli film actor Sasson Gabay and long-time Beautiful: The Carole King Musical star Chilina Kennedy will lead the North American tour of the 10-time Tony Award-winning Best Musical The Band's Visit. Gabay will reprise the role of Tewfiq, the role he created in the 2007 film and most recently played on Broadway, and Kennedy will take on the role of Dina. The Band's Visit tour will launch at the Providence Performing Arts Center on June 25, 2019, and will play over 30 cities in its first season.

Gabay recently received the Lifetime Achievement Award for his contribution to Israeli cinema at the Israeli Film Festival. Gabay is one of the most respected actors in Israeli film with work spanning five decades, including some of Israel's most popular and critically-acclaimed films as well as international hits such as Rambo III, Gett: The Trial of Viviane Amsalem, Delta Force One: The Lost Patrol and The Band's Visit. Kennedy is best known for her role as Carole King in Beautiful. She also starred as Mary Magdalene in the Broadway revival of Jesus Christ Superstar and headlined many productions around the world, including the first national tour of Mamma Mia!.

“We are honored to have Sasson Gabay and Chilina Kennedy headline our national tour. Very rarely in the history of Broadway has an actor originated a role on film, played it on Broadway and then continued with the tour. This speaks to Sasson’s artistry and his commitment to this particular work,” said producer Orin Wolf, in a statement. “It is also fitting that he will be seen opposite Chilina Kennedy whose world class talent is already known to Broadway fans all over the world. Seeing these two artists together promises to be one of the great theatrical events of the season. How exciting that this has been assembled exclusively for Broadway audiences nationwide who hunger for world class entertainment.”

The Band's Visit tells a delightfully offbeat story, set in a town that's way off the beaten path, a band of musicians arrive lost, out of the blue. Under the spell of the desert sky, and with beautiful music perfuming the air, the band brings the town to life in unexpected and tantalizing ways. Even the briefest visit can stay with you forever.