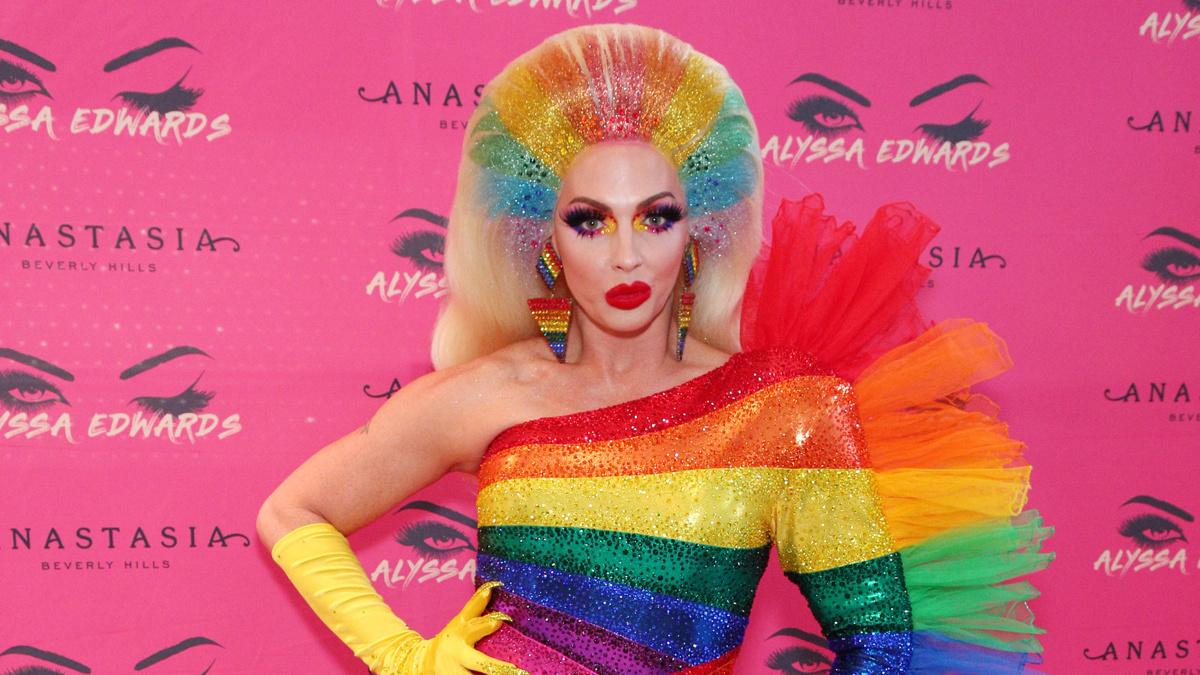 Alyssa Edwards to Bring Alyssa, Memoirs of a Queen! to London
Sashay all the way across the pond! RuPaul’s Drag Race star Alyssa Edwards (a.k.a. choreographer and performer Justin Dwayne Lee Johnson) is set to take the West End stage from June 7 through June 13 in Alyssa, Memoirs of a Queen!, directed by Spencer Noll and written by Brad Loekle. The show, which will play at the Vaudeville Theatre, promises to be an autobiographical extravaganza filled with iconic costumes, phenomenal dancers, high kicks and of course, Alyssa Edwards’ iconic tongue pops. Can’t get across the pond? Check out the Netflix docuseries Dancing Queen about Johnson’s Beyond Belief Dance Company and enjoy the trailer for the West End spectacular below!

Cassidy Janson & More Set for First Monday Night at the Apollo
& Juliet Olivier Award winner Cassidy Janson, Olivier Award nominee Aimie Atkinson, Lucie Jones, Cedric Neal and Julian Ovenden are confirmed for the first concert of London’s previously announced concert series, Monday Night at the Apollo. Each show will be performed in front of socially-distanced audiences at the Apollo Theatre in London. The concerts, which will also be simultaneously livestreamed, kickoff on May 24 and will be hosted by Greg Barnett. A percentage of the events’ profits will be donated to Acting for Others, an organization comprised of 14 individual theatrical charities. “The industry faces huge challenges in its recovery, and we still hope to be able to raise funds for the charity Acting for Others to support the thousands of freelancers who continue to be hit hardest as our sector begins to slowly reawaken,” producers Barnett and Hugh Summers said in a statement. The concert series is musically directed by George Dyer.

Dates Announced for Sonia Friedman Productions’ Re:Emerge Season
Dates have been revealed for the shows that were previously announced for Sonia Friedman Productions’ Re:Emerge Season. Amy Berryman’s Walden, a play centering on a NASA botanist who has returned from a year-long Moon mission, will run from May 22 through June 12. Yasmin Joseph’s J’Ouvert, a timely reflection on the Black British experience, will follow from June 16 through July 3. Joseph Charlton’s Anna X, which will star Emma Corrin, who recently won a Golden Globe Award for her performance as Diana, Princess of Wales on Netflix’s The Crown, concludes the season with a run from July 10 through August 4. As previously reported, these three productions are aiming to be filmed for future broadcast.

Only 2 days left to donate to the @BCEFA #RedBucketMatchUp and help provide groceries, medication, healthcare and hope for those struggling right now. Thank you to everyone who has supported already https://t.co/Cj0dxBQ5kQ pic.twitter.com/1lhwfzOaWr
— Jordan Fisher (@jordanfisher) April 15, 2021