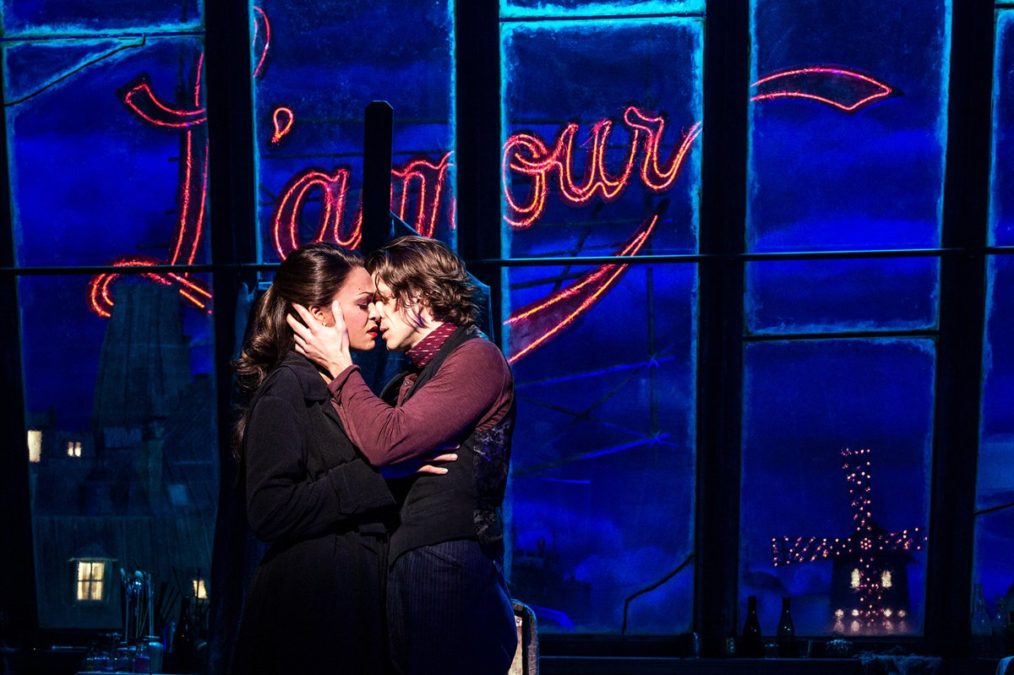 Moulin Rouge! The Musical is officially headed to Broadway. The stage adaptation of Baz Luhrmann's 2001 motion picture will make its home at the Al Hirschfeld Theatre beginning on June 28, 2019 with an opening night set for July 25. The Great White Way run follows an acclaimed pre-Broadway premiere at Boston's Colonial Theatre.

Set in the Montmartre Quarter of Paris at the turn of the century, Moulin Rouge! The Musical follows an ambitious, lovesick writer, Christian (Tveit), and a dazzling, entrancing chanteuse, Satine (Olivo). Their lives collide at the Moulin Rouge with its many characters including the host of the Moulin Rouge, Harold Zidler (Burstein); the brilliant, starving artist Toulouse-Lautrec (Ngaujah); the greatest tango dancer—and gigolo—in all of Paris, Santiago (Rojas); the tempting Nini (Hurder); and The Duke of Monroth (Mutu), the wealthy and entitled patron of the club who thinks he can buy anything he wants, including love.

As was the case in the movie, the stage musical's score features some of the most beloved popular music of the past 50 years.

The Al Hirschfeld Theatre is the current home of Kinky Boots, which recently announced a closing date of April 7, 2019.