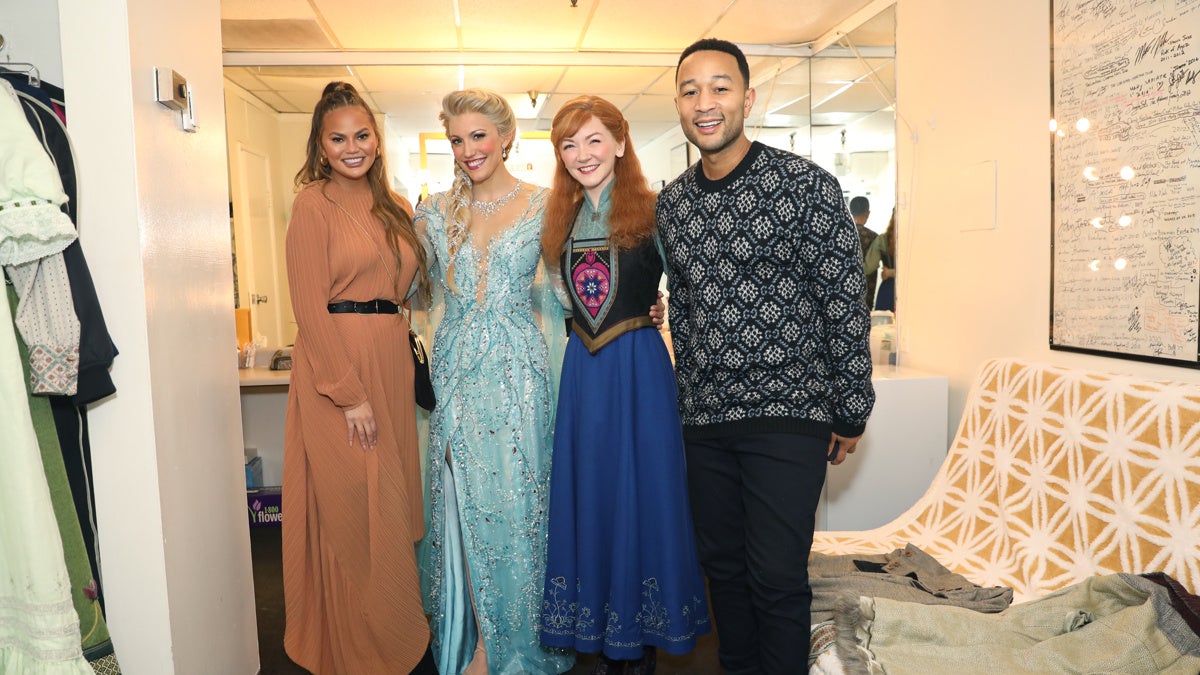 Hollywood power couple John Legend and Chrissy Teigen let the sun shine on when they attended a recent performance of Disney’s Frozen at the Hollywood Pantages Theatre in Los Angeles. Legend, who was recently named PEOPLE‘s Sexiest Man Alive 2019, and Teigen took their young daughter Luna to see the family-favorite show and to meet the stars of the show: Caroline Bowman (Elsa) and Caroline Innerbichler (Anna). Teigen posted on her Twitter that Luna had her “first star struck moment” when she met the Queen of Arendelle. Legend and Teigen posed for a fun photo with Bowman and Innerbichler backstage at the theater, where Frozen is running through February 2, 2020. Check out the cute snapshot and get your tickets to see Disney’s Frozen tour when it comes to a city close to you!