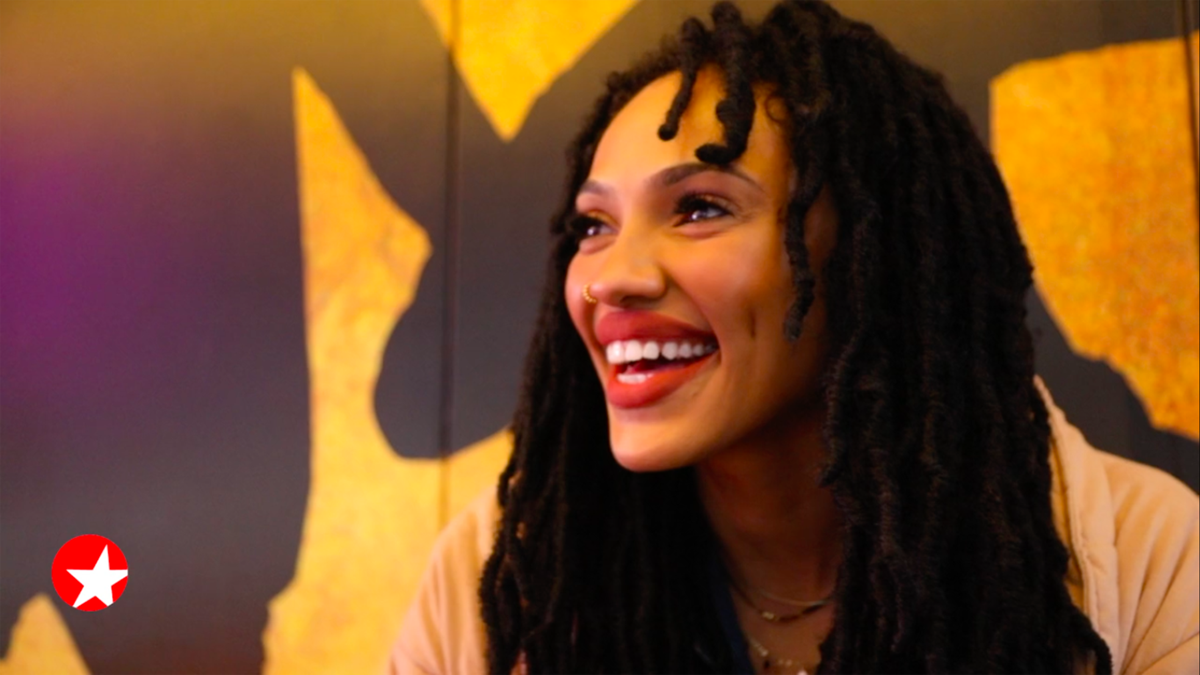 Credits: Wise is making her Broadway debut as Peggy Schuyler and Maria Reynolds in Hamilton. She first played the roles during the musical’s run at Chicago’s CIBC Theatre.

“From 12 years old I have been working towards being on Broadway. My very first show was Annie and I played Lily St. Regis. There was a group of us that did every single show within this theater and it was the best times of my life.”

“I got the call to do the show and my agent said ‘This is perfect for you, there’s three sisters. you could be any of them.’ He sent me this 30-page packet of music that I had to relatively be off-book for in the next 48 hours. They also asked me to do like my own choice of songs so I decided to rap. I was really in it, and so was Lin [Manuel-Miranda]. He was clapping along and it was honestly the most fun audition I’ve ever done. I walked out, and I was like, ‘If I don’t get this, I don’t know what I’ll do.’ It was just so perfect.”

“It is so special to be a working mom on Broadway. It’s especially special because he just turned three and I feel like he is at the age where he can actually sit and watch and be like ‘Oh my gosh, it’s mommy.’  Every single time when I’m putting on my makeup in the dressing room or I’m putting my mic on and fixing my hair, I’m thinking how I’m doing this for him. I want him to look back and be like ‘Yeah, my mom was in Hamilton on Broadway.’ I’m actually living my 12-year-old self dreams and screaming on the inside.”

Watch the interview below, and head here to check your local listings for The Broadway Show. Hosted by Emmy-winning anchor Tamsen Fadal and powered by Broadway.com, it is the only nationally syndicated weekly theater news program.