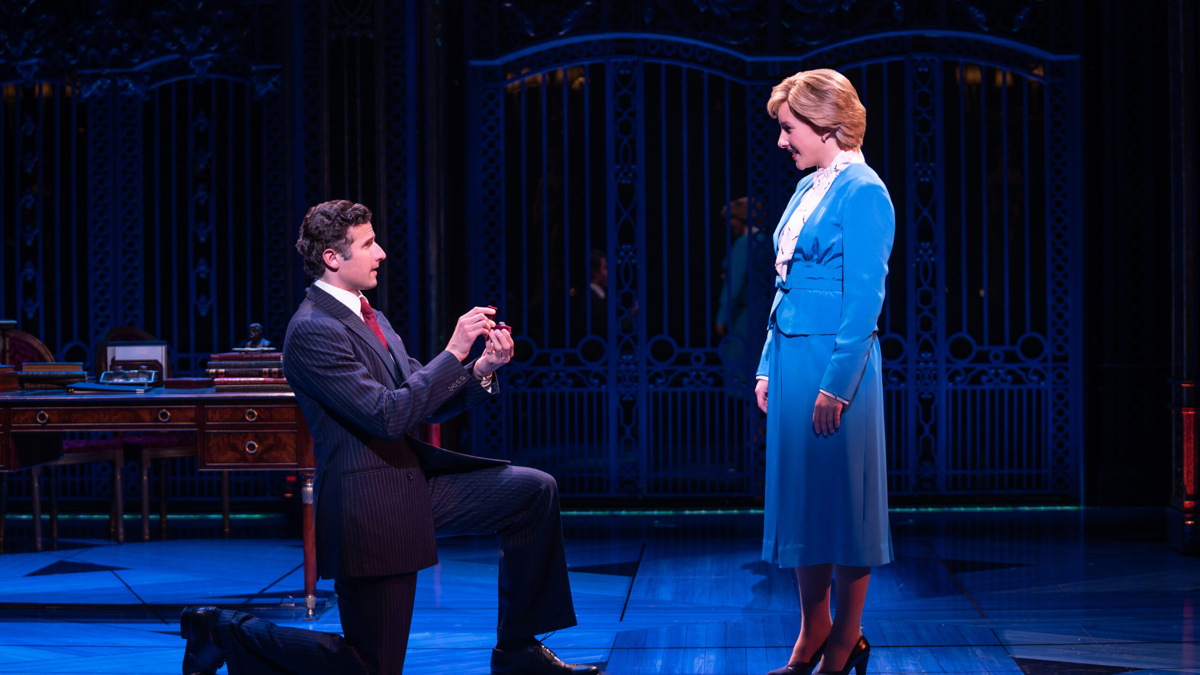 Get a Royal First Look at Diana on Broadway

Roll out the red carpet! Diana, the new bio-musical based on the life of Princess Diana, officially opens at Broadway’s Longacre Theatre on November 17 and now you can get a royal first look at the production with these new photos. The cast is led by Jeanna de Waal in the title role, with Roe Hartrampf as Prince Charles, Erin Davie as Camilla Parker Bowles and two-time Tony winner Judy Kaye as Queen Elizabeth. Created by the Tony-winning team behind Memphis—composer/lyricist David Bryan, book writer/lyricist Joe DiPietro and director Christopher Ashley—Diana is set as the world readies for a royal wedding. Get a glimpse into life inside the palace by checking out the photos below.