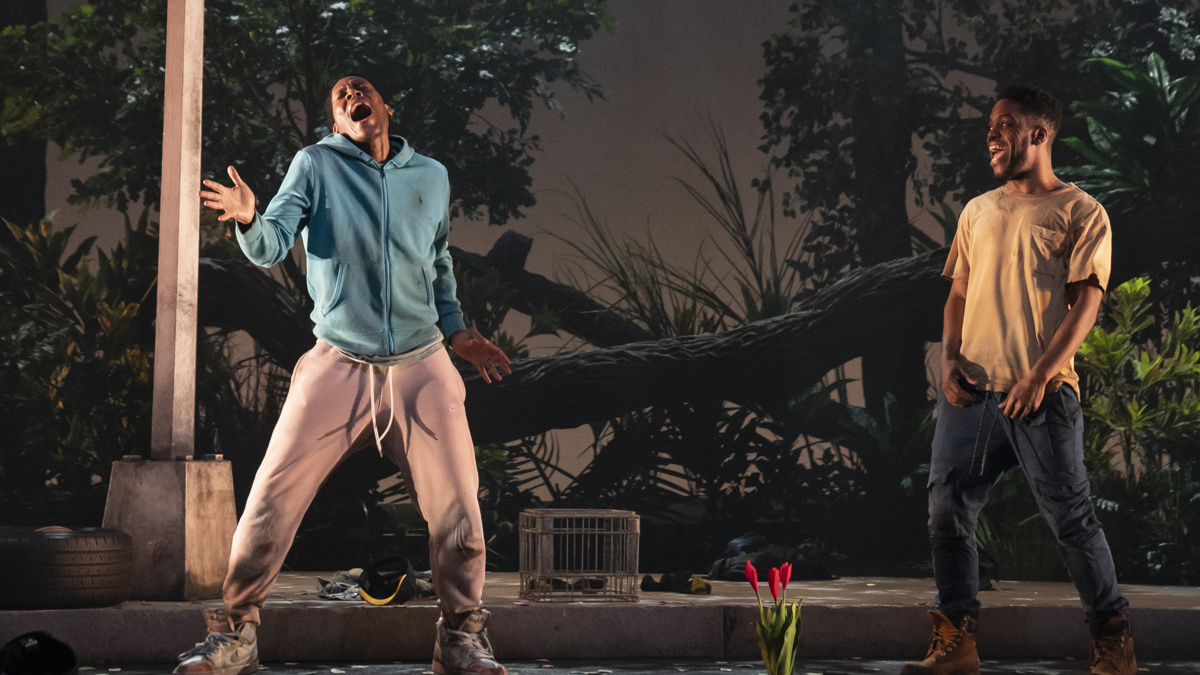 Antoinette Chinonye Nwandu's Pass Over is making its Broadway premiere. The show began performances at the August Wilson Theatre on August 4. Nwandu's play, set to open on September 12, draws inspiration from Waiting for Godot and the Exodus story and is placed on a city street corner. Moses, played by Jon Michael Hill, and Kitch, played by Namir Smallwood, are the stars as they stand around talking, passing the time and hoping that maybe today will be different. As they dream of their promised land, a stranger, played by Tony winner Gabriel Ebert, wanders into their space and disrupts their plans. Get a first look at the production, and then go see it at the August Wilson Theatre through October 10.