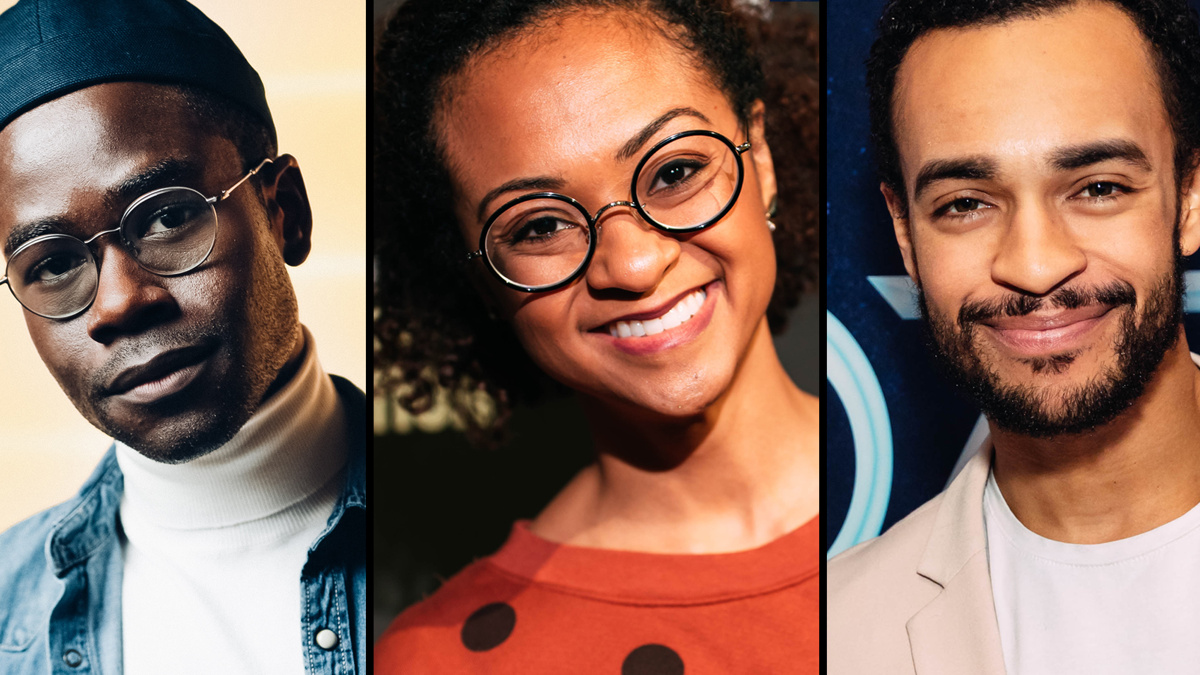 As previously announced, Aladdin star Michael James Scott has joined the team of Broadway.com’s popular daily live news show #LiveatFive to host a weekly roundtable discussion with theater stars. This week’s episode will air on July 28 at 5PM ET and feature Disney on Broadway stars Bradley Gibson, Syndee Winters, Noah J. Ricketts and Bonita Hamilton. Each #LiveatFive episode is broadcast live on Broadway.com’s Facebook and YouTube account. The interview will also be available as a podcast on iTunes and Spotify.

Gibson has been the king of Pride Rock as Simba in The Lion King since he took over the role in July 2018. He has previously been seen in A Bronx Tale and Rocky. Gibson also appeared in the national tour of Chicago. See how he transforms into Simba here.

Hamilton is a long-standing member of The Lion King on Broadway, having played the in-charge hyena Shenzi for 15 years. In 2012, she appeared in the starry one-night benefit Barack on Broadway.

Prior to the Broadway shutdown that forced Frozen to announce it had played its final performance, Ricketts was seen on stage as Kristoff. He was part of the ensemble in the original Broadway company before taking over the featured role in 2019. Before Frozen, Ricketts was seen in Beautiful: The Carole King Musical in both the Broadway and national tour productions.

Winters was most recently seen on Broadway in The Lion King as Nala. She originally made her Broadway debut in the role in 2012 and returned to Pride Rock in January 2019. Winters’ other Broadway credits include Hamilton, Pippin and Motown.

This marks Scott’s seventh roundtable episode. He has been with Aladdin since the show premiered on Broadway in 2014. He was originally acting as a standby on Broadway and later went on to lead the Australian, national tour and Broadway productions. He was also a Broadway.com vlogger. Scott’s other Broadway credits include Something Rotten, The Book of Mormon, Hair, Mamma Mia! and more.