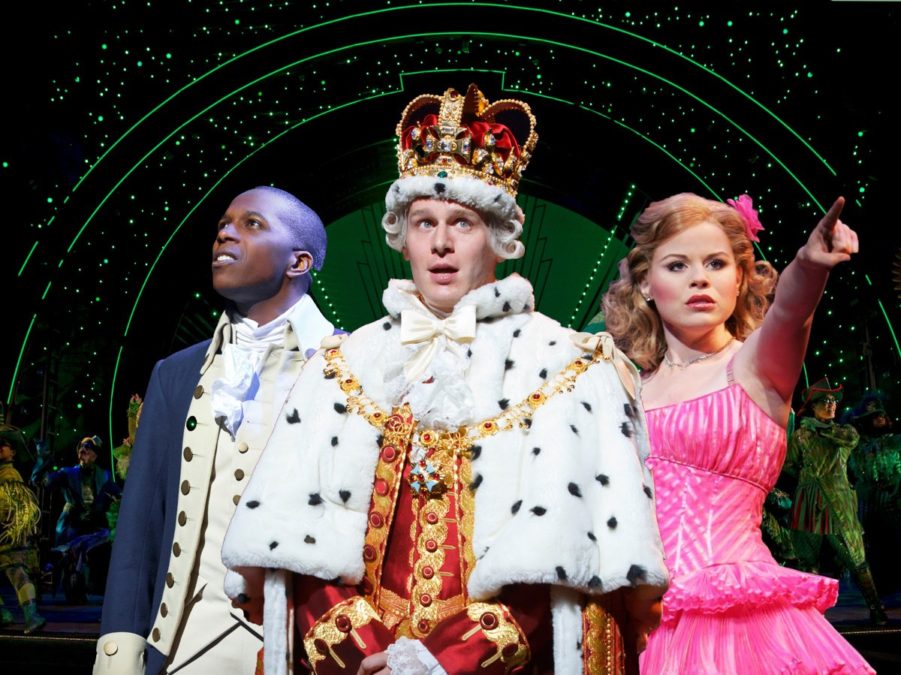 It's the most wonderful time of the year! Yes, it's awards season. You can call it HamilTony time if you must, and though mega-hit Hamilton nabbed a record-breaking number of nods, there are still plenty more seats at the Broadway table. In addition to a community that honors excellence, diversity (14 acting nominees are people of color) and flying witches (see below), the Tony nominators were even-handed in making new friends (seven acting nominees made their Broadway debut this season) and old (eight acting nominees already have a Tony at home). Read on for more fun facts that will make you the most adorable know-it-all at your Tony Awards party. See you all on June 12!

Love Is All Around
Of the 39 productions that opened during the 2015-2016 Broadway season, 26 had one or more Tony nominations. Eight closed shows received nods as well. It’s so nice to have great work remembered. That’s the way to spread joy!

The Wicked Fandom Couldn’t Be Happier
There are a lot of Wicked family members among the nominees: Carmen Cusack and Saycon Sengbloh have both played Elphaba, Megan Hilty was a memorable Glinda, Christopher Fitzgerald was the original Boq and Alex Brightman was a replacement Boq. Jayne Houdyshell was a Madame Morrible, Alex Lacamoire was a music director, and, of course, Joe Mantello directed the blockbuster musical. That’s eight thrillifying connections to the Land of Oz, and we didn't even mention The Crucible witches.

Making America Great Again
Last year’s Best Musical nominees were all over the map with three out of four set in far-flung places like Paris (An American in Paris), England (Something Rotten!) and wherever The Visit was supposed to be—but it sure didn’t feel like Kansas. This year, all five nominees (Bright Star, Hamilton, School of Rock, Shuffle Along and Waitress) take place in the U.S. of A., or at least in the 13 original colonies.

Take Five
There are five nominees for Best Musical and Best Revival of a Play instead of the usual four. In the Best Musical category, this has only happened twice before (in 1958 and 1960). As for the Best Revival of a Play category, which has only been around since 1994, it has never happened. Why did it happen this year? The rules state that if the vote is close, nominators can add an additional slot. Hallelujah for tight races!

Who Lives, Who Dies, Who Breaks the Record
Hamilton is now in the history books as having the most Tony nominations ever with 16—beating out The Producers and Billy Elliot, which both previously held the record with 15. And if you don’t know, now you know.