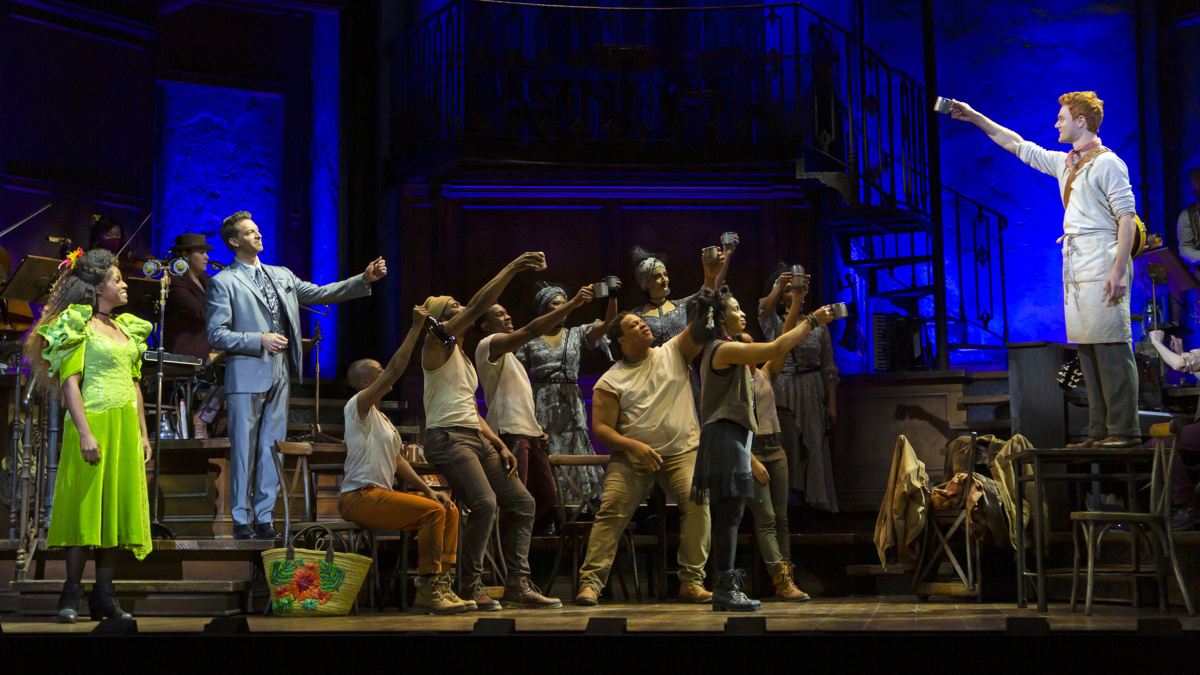 Exclusive! Take a First Look at the Hadestown National Tour

The national tour of the Tony-winning musical Hadestown is getting ready to go way down when it has its debut at the Peace Center in Greenville, South Carolina on October 5, and we’re giving you an exclusive first look at the production. Leading the cast is Nicholas Barasch as Orpheus, Morgan Siobhan Green as Eurydice, Tony winner Levi Kreis as Hermes, Kimberly Marable as Persephone and Kevyn Morrow as Hades. The Fates are played by Belén Moyano, Bex Odorisio and Shea Renne with the Workers Chorus featuring Lindsey Hailes, Chibueze Ihuoma, Will Mann, Sydney Parra and Jamari Johnson Williams. Kimberly Immanuel, Alex Lugo, Eddie Noel Rodríguez and Nathan Salstone round out the company. Hadestown will officially open on October 15 at the Kennedy Center in Washington, D.C. Raise your cup to the cast by checking out the fresh production photos below