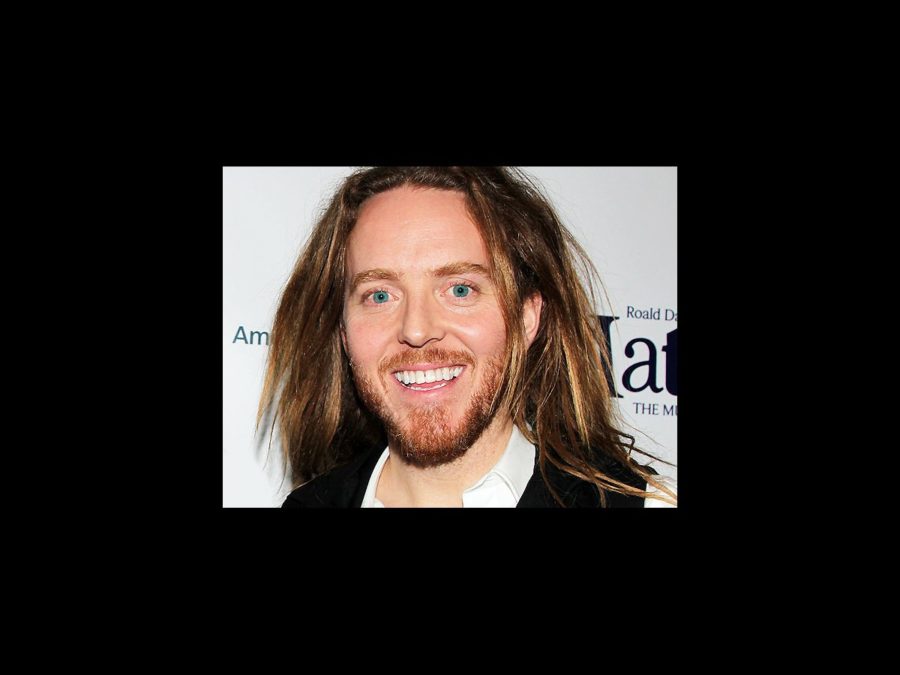 
Australian composer/singer/comedian Tim Minchin received a 2013 Tony nomination for the playful, witty and infectious score of Broadway's Matilda, but he still fancies himself a modern day rock star. He's gone from performing in small cabaret venues in Perth to playing big arenas across the globe to portraying the drugged-out, washed-up rocker Atticus Fetch on the hit Showtime series Californication. The last few years have been a whirlwind for Minchin, whose show is now nominated for 12 Tonys, but he doen't have any intention of slowing down or taking his new fame for granted. Below, Minchin chats with Broadway.com about the pressure he felt to honor Roald Dahl's dark story, how his lifestyle has influenced him as a father and if he'll ever act on Broadway.

How does it feel to be recognized for your first-ever Broadway score?
It feels great! Coming to Broadway is such a big thing, and it’s quite tense. You certainly don’t take any of this stuff for granted, even though we believe in the show. Then the Tony Award nominations came out. I’m not from here, so it’s not like I grew up thinking, “One day, I’m going to win a Tony.” But It’s pretty incredible, and the significance is not lost on me. The last seven years of my life have been so ridiculously beyond any of my expectations.

You’ve said that you don't love the idea of artistic competition, specifically against [Kinky Boots composer] Cyndi Lauper, but you would love to win, right?
Yes, of course! When you’re placed in a competition, you prefer victory to defeat. But even saying that sentence sounds weird. After this wondrous journey, the thought that I might be disappointed in any element of Matilda is absurd. The Tony Awards have an incredible history and create a buzz around the industry, and that’s what they’re for. Obviously, the future of our show can benefit from the Tonys, but it’s not in my nature to see things in an uncomplicated fashion.

Tell us about being tapped to compose Matilda.
I’ve written musical theater since I was 17, but never anywhere near this scale. In Australia, you don't write musicals hoping that one day they’ll go to the West End or Broadway. That’s not even a "thing." You write them because you’re living in Perth, there’s a theater company, and there are some songs to be written for a show. When Matilda came along, part of me was thinking, “Why didn’t they get someone proper to do it?” Another part of me was thinking, “I’ve grown up loving Dahl. I know how to write dark and funny songs. I love rhyme and playing games with words.” I felt, in some ways, under qualified, and in others, very qualified just by virtue of the fact that I loved Dahl and felt like I understood what needed to be done to make these characters sing without losing their insouciant darkness.

Besides Roald Dahl’s book, where did you draw inspiration for the songs?
I don’t know really. I hadn’t been to a musical for 10 years when this job came along. I watched some stuff, and some of it made me think, “Ah, I can do that,” and some it made me think, “Ah, I can’t do that.” I listened to Les Miserables and a few of the classics just to remind myself of the styles that have been around for the last 20 years. There’s one particular bit in Matilda that I can happily admit is influenced by Sondheim, but I don’t know all of Sondheim’s work. I’m not a musical theater fetishist or academic. I just write the songs. I try to, as honestly as possible, reflect the theme that is going to move the story forward, support the narrative and enhance the characters’ emotional state. I don’t know much about musicals, but I have very strong beliefs on what makes good musical theater, and I tried to not screw it up.

You’ve gone from a fan-favorite outsider to bankable star/personality. What's that like?
I don’t mind. There are downsides. When what you say and do become observed, life gets a bit stressful, especially when you’re like me and answer people’s questions honestly. I’m not very good at giving sound bites. What’s happened to me in Britain is I say something and they take the most contentious bits of it and strip it of its nuance and put it as the heading of an article. I've found it depressing that I have to be careful about what I say. But, apart from that, the idea of me being some sort of bankable personality doesn’t really resonate with how I see myself. I’m incredibly grateful that I get to work in all the fields I’m interested in—I get to act and sing and play and make comedy and make theater and make film.

You have a very distinct look. Was that born out of an act or a personal style choice?
When I left school, I grew out my hair and was going to be a hippie. The rock star hair is an ironic thing, really. But it’s pretty blurry. I started wearing eyeliner and stuff on stage because I thought it was disarming and amusing to look like a cross between a rock star and a classical conductor, playing the hell out of a grand piano and singing songs about Jesus and something like that. It seemed funny to do nerdy, angry satire while looking like that. But mostly I just like dressing up. It doesn’t matter whether I’m being ironic or not. The fact is, I turn up in my skinny jeans, with my big hair, and people take photos of me. It's both a joke and not a joke.

Has your family [including seven-year-old daughter Violet and three-year-old son Caspar] been in New York with you?
No, my wife Sarah came for opening night and left the kids in London for a few days with a babysitter, and then we went home. I just got back a couple weeks ago to do a bit of the awards sideshow and press, and then we’re all going to Australia for some time.

Are you as easygoing of a dad as you are a performer?
Ah, yeah, I’m okay [laughs]. I’m away a bit much, but there’s no shouting in my household. My wife and I don’t argue. Parenting is hard, and moving around while you’re parenting is hard. Dealing with how our lives have changed in the past few years is mostly a great joy, but also it’s complicated. We try to focus on how lucky we are, and that’s not hard because we’ve been together since we were teenagers and we had no money in our 20s. Sarah’s totally unseduced by the rock star part of my life, whether it’s ironic or not. We want our kids to have what we had as kids: normal, fun lives, and that’s how we go about it. There’s no fuss. Sarah’s a full-time parent, no nannies or personal assistants or nice cars or anything. It’s just normal.

Have you been able to check out other Broadway shows?
I saw Kinky Boots, which was so much fun because I had met Billy [Porter] and Annaleigh [Ashford] briefly at the Broadway.com Audience Choice Awards, and Cyndi [Lauper] and I have met a few times now. Unfortunately, because Kinky Boots got their nominations and we got our nominations, the narrative begins: Kinky Boots vs. Matilda for the Tony Awards. And you’re like, “Really?” That’s why I make jokes about wanting to cage fight Cyndi Lauper, because it’s such an absurd idea. Part of that narrative is that we’re meant to all get paranoid and worried. Everyone says, “If you win the Tony you get to run for three years and you get to go on tour.” Then people start saying, “Your cast is English, isn’t it?” And you’re like, “Where the hell did that come from?” I went to see Kinky because I thought all that stuff is ridiculous and I love any show where people have put their hearts into making it, creating characters we care about. Billy was just divine and the costumes—those fucking boots are awesome—and Annaleigh is hilarious and Stark [Sands] did a great job. Everyone’s like, “So, did you like Kinky Boots?” and I’m like, “I had a great time. It has nothing to do with Matilda.”

Has this experience made you want to act on Broadway?
I would act on Broadway if the project was right and I was right for the project. I’m about to do [Judas Iscariot in] Jesus Christ Superstar on tour in Australia and then I’m doing a straight play, Tom Stoppard's Rosencrantz and Guildenstern Are Dead, at the Sydney Theater Company. I’m also writing another stage musical and I’m going to write a film and I’m meant to be a fucking comedian. Anything that traps me for too long would be a bad idea at the moment.

You have such a following in the U.K. and Australia. Do you feel like you are being "discovered" in America?
I’ve had quite a surprising fan base over here for some time. In America, I’m known for my liberal, secular values; I’m kind of an absurd cult-y figure here. But it’s really weird. Literally, the last two and a half weeks have changed my life in terms of my perception of the U.S. It’s incredibly fun to walk through New York and have people go, “I love your work, man!” and I go, “What do you like?” You never know what they’re going to say.