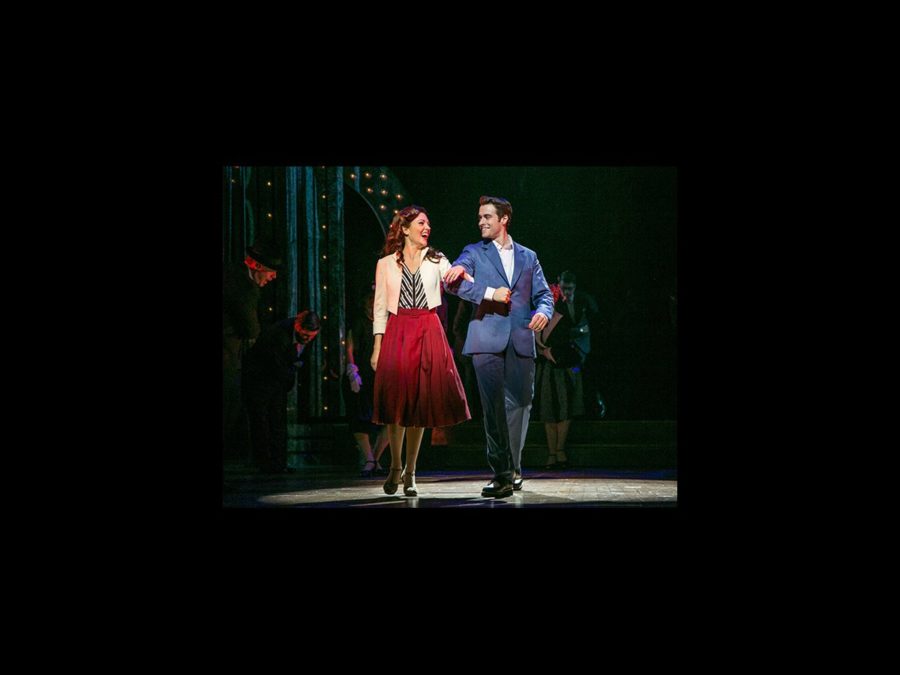 We now know when two-time Tony nominee Laura Osnes and Corey Cott will bring jitterbugging to Broadway! Directed and choreographed by Hamilton's Andy Blankenbuehler, the previously reported transfer of the Paper Mill Playhouse production of Bandstand (they've dropped the "The" from the title) is scheduled to officially open on April 26, 2017 at a Shubert Theatre to be announced.

Osnes and Cott will both reprise their roles in the new tuner. Set in the smoke filled, swing fueled night clubs of 1945, Bandstand brings the against-all-odds story of singer/songwriter Donny Novitski (Cott) and his band of mismatched fellow WWII veterans to the stage. When a national radio contest to find America’s next big swing band offers a chance at instant fame and Hollywood fortune, Donny must whip his wise-cracking gang of jazzers into fighting shape. Teaming up with the beautiful young war widow Julia (Osnes) as their singer, they struggle to confront the lingering effects and secrets of the battlefield that threaten to tear them apart. Playing for every voiceless underdog in a world that has left them behind, they risk everything in the final live broadcast to redefine the meaning of victory. With an explosive original score and choreography inspired by the high energy swing rhythms of the era, Bandstand is a truly American story of love, loss, triumph and the everyday men and women whose personal bravery defined a nation.

Osnes was Tony nominated for Bonnie and Clyde and Cinderella; additional Broadway credits include Grease, South Pacific and Anything Goes. Cott has been seen on Broadway in Gigi and Newsies; screen credits include Madam Secretary, The Intern and The Teacher.

With music by Richard Oberacker, and a book and lyrics by Oberacker and Robert Taylor, the original score is strongly influenced by authentic 1940s swing music, much of which is played onstage by the characters and band members.